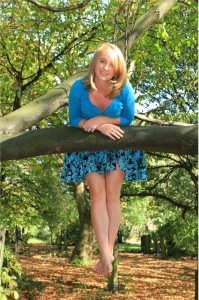 Kirsty is a young contemporary folk singer based in Sheffield who draws upon a wide range of traditional music. She has a most disarmingly transparent voice, but also the uncanny and beautiful knack of drawing attention to the song, rather than the messenger, by the manner in which she employs it. Her debut album ‘Time Ashore’ features original songs as well as carefully curated folk gems. She has worked alongside well respected UK musicians like Chris Coe, Martin Simpson and played in the Eliza Carthy Motown Ceilidh Band.

Kirsty is also a very experienced morris dancer and is in demand as a teacher of rapper, longsword and Cotswold styles.

“Kirsty Bromley is a singer of songs of social justice, traditional songs and songs from the heart. Her voice is effortless yet stirring, at times ethereal but always earthy and with strong roots. Musical and beguiling.” Nancy Kerr

Kirsty has a mainstage concert, will run a workshop on Cotswold Morris and will perform a spot in the final concert. We’re certain that she’ll also be a key part of the Saturday night trad session.

Her website www.kirstybromley.com has a great deal more information, including links to her Twitter and Facebook feeds. And if you’re not convinced, take a look at her performing earlier this year – lovely! www.youtube.com/watch?v=zkx5zn4d4bk.