As we go through the centenaries of one World War Battle after another, our aim is to explore through song the ghastly events, their consequences, and the opposition that grew. Some of the songs date back to those days, some are modern, and some are written by us. 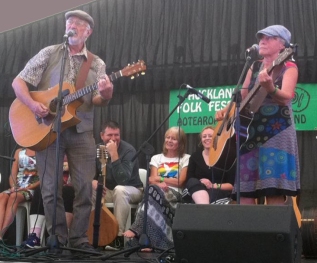 When Paul came to live in NZ a few years ago he enlivened the Auckland scene with the power and the poetry of leftwing songs , especially from Scotland.

This is the third themed concert Paul has coordinated, initially for the Auckland Festival, after ones on Alistair Hulett and Ewen MacColl. The MacColl show came to Wellyfest as well.