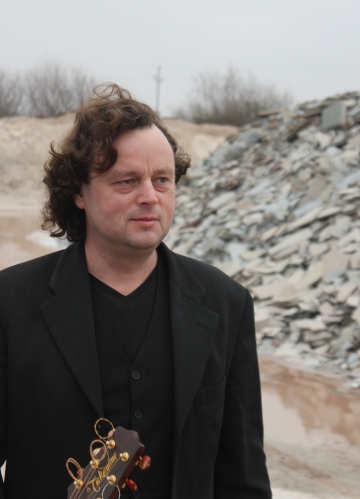 John Leo’s text have been described as pure poetry a unique musical experience. He plays a variety of instruments but his voice is his first. In his song the words come to life with both power and sensitivity. Being on stage and at the same time filling it so completely with the help of his voice, Guitar and a Bodhran, It is an art,

His second full studio album “No Monsters only Toys” was launched in May 2016 Featuring Emilia Amper on nyckelharp and Vyvienne Long on Cello who has collaborated with Damien Rice and Ed Sheeran. No Monsters only toys is currently in the running for album of the year 2017 in Ireland

“Drawing from the genres of Irish trad, Folk and balladeering, Carter’s lyrics are pure poetry with Guitar playing that sparkles and glimmers like light on water.” (Ten/Ten Adrienne Murphy, Hotpress Magazine)

Since I was a young boy in Cobh and got my first instrument, I sat down in front of our gate to play for neighbors and passers-by, I have followed the passion To play music.
With kindest regards, John Leo Carter