Once described by the Boston Globe as an “angry, smart and funny man”, Terence Blacker is a songwriter, singer and author who has sung and read at festivals, clubs and theatres in the UK, Europe and America.  His songs have been compared to the work of Jake Thackray, Tom Lehrer, Noel Coward and Jacques Brel, but his style is very much contemporary and his own. 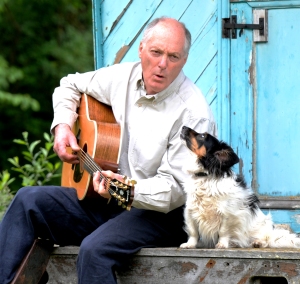 k a one-man-show to the Edinburgh Fringe in 2013, and wrote and presented a two-part history of politically incorrect music for BBC Radio, and has released two CDs, Lovely Little Games (2012) and Sometimes You Face Don’t Fit (2016). A new CD – Enough About Me will be released in 2018.

Terence was already an established author when he started writing and performing his songs in 2009.  His musical storytelling – offbeat, funny songs capturing the lives of modern-day misfits and outsiders – quickly found a following at folk clubs and festivals.  One of his early songs – Sad Old Bastards With Guitars – will resonate with many folkies, especially those who’ve played in bands.

Terence will appear in concert, give a workshop on story telling for those who want to print their work (he’s a published author with a large number of publications to his credit) and contribute to the Songwriters’ Forum.

Find out more about Terence at his website and here.